Home » Puberty and you » Outside » T at work – voice changes 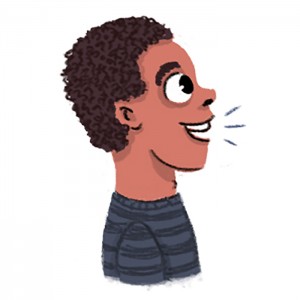 Puberty is also a time when voices turn fuller and more adult.

The voice box (also known as the ‘larynx’) grows during puberty in both boys and girls.   Believe it or not, several hormones change the voice, including estrogen (E) and testosterone (T). T can help grow the folds of the voice box, resulting in a deeper sounding voice.

You may notice that your voice box bobs up and down when you talk. This is called an Adam’s apple. Some guys and even girls have really big ones, some have little ones, and others you can’t see. Each one is different.

For more on this, check out: Voice Changes in Puberty @ kidshealth.org