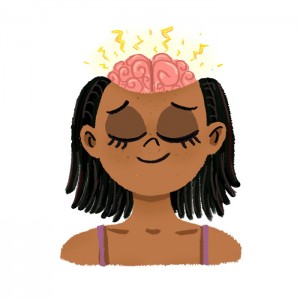 What is an orgasm?

It’s hard to describe what an orgasm is because it is so individual. Some describe it as a “the cherry on top,” and others see it as the ultimate way to relieve tension. It’s different for different people and at different times.

When you are aroused, the anticipation builds up kind of like a kettle on the stove. With stimulation of the genitals, it can build even more. The orgasm is like the whistling of the kettle, signaling that you are about to “boil over.”

An orgasm is a sort of physical reflex, like a hiccup or a yawn. Remember that during arousal, your genitals and muscles around them tighten up; during orgasm, the muscles contract and then loosen again. Some men ejaculate—or have sperm come out of their penis. Some women ejaculate as well—around 10 percent will release fluid during orgasm, too. [1]

During orgasm, hormones are sent in our bloodstream that can make you feel happy, relaxed, warm, sleepy, silly, and flushed. This hormone is called oxytocin.

Often times, the clitoris needs to be stimulated to have an orgasm. Only around 3 in 10 women can have an orgasm through vaginal stimulation alone (this means that only the inside of the vagina is touched and there is little to no touching of the outside of the body or the clitoris.)

You learn through practice. It’s a lot like exercise—the more you work it out, the more you’ll know what works for you and what doesn’t.